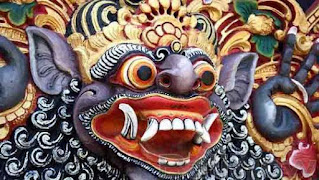 One of the famous mythological creatures in the Bali area is the ghost of Leak. Do you guys know about this ghost of Leak?

Leak is a creepy creatures with large eyes, canine teeth with a high stature, and large and hairy, with a long protruding tongue. According to the story circulating in the community, Leak is an incarnate creature who studies black magic, and to strengthen his knowledge he must seek sacrifices.

The Most Creepy Mythology Creature in Bali

Not only that, pregnant women also become victims because they need to suck the blood of the baby in their womb. If during the day, the Leak will turn into a human as usual, and at night turn itself into a Leak to carry out all its rituals.

According to Balinese belief, the Balinese Leak has three legendary ones. Among them are two women and one man. Leak can change itself as an ape, pig, and other animal forms, it can also transform into a fireball. 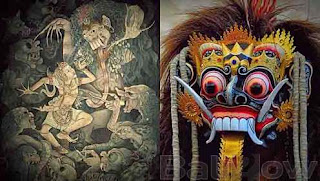 It is said that if someone stabs the neck of the Leak from below towards the head, if the head is separated from the body for a certain period of time, the Leak will die.

We should be proud as Indonesian citizens who have many unique cultures, even in mystical side, they are part of Indonesian culture that attracts the attention of the public and foreign tourists. Hopefully, a short story about the origins of leak Bali can provide information and entertainment.